Posted in Analysis by Matt CM

Today sees the release of new data that shows policies on Education and Health from UKIP and the Liberal Democrats are the most preferred across Great Britain.

The national poll was designed by Vote for Policies and undertaken by social research company TNS. Participants in a nationally representative group were asked to compare policy sets for Education and Health submitted by each of the main parties without knowing which party they belonged to.

The most preferred Education policies were those of the Liberal Democrats (23%) just ahead of UKIP (21%), followed by Green (15%), Labour and Conservatives (10% each). Other parties consisted of the SNP, Scottish Greens and Plaid Cymru (2%, 2% and 1% respectively). 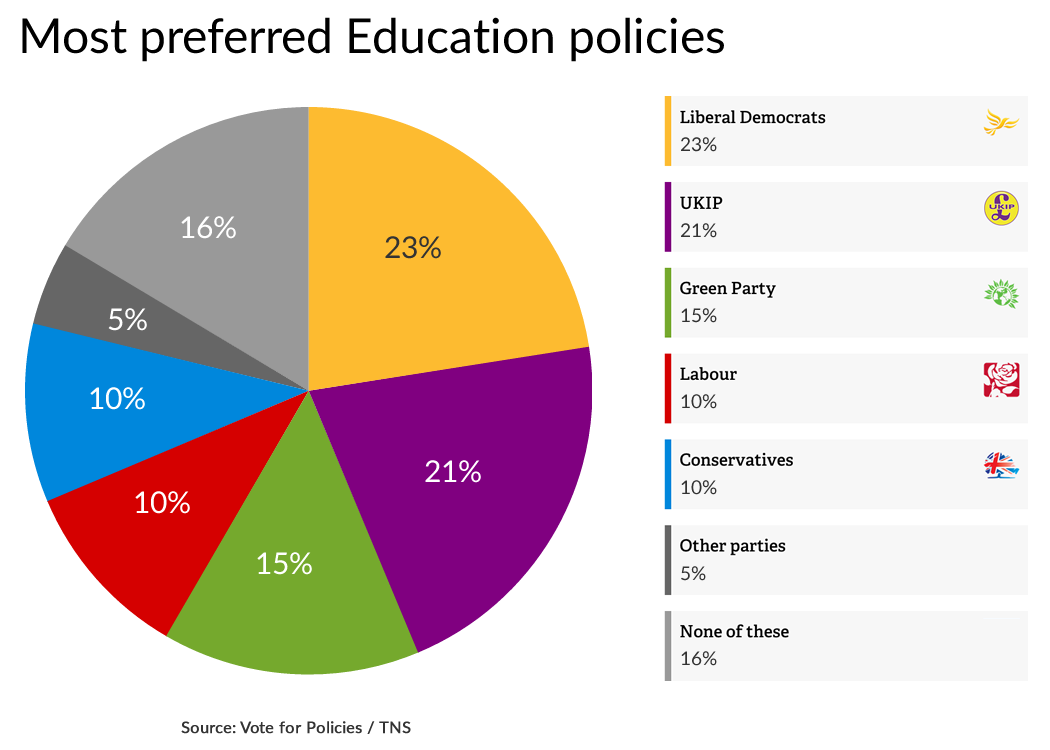 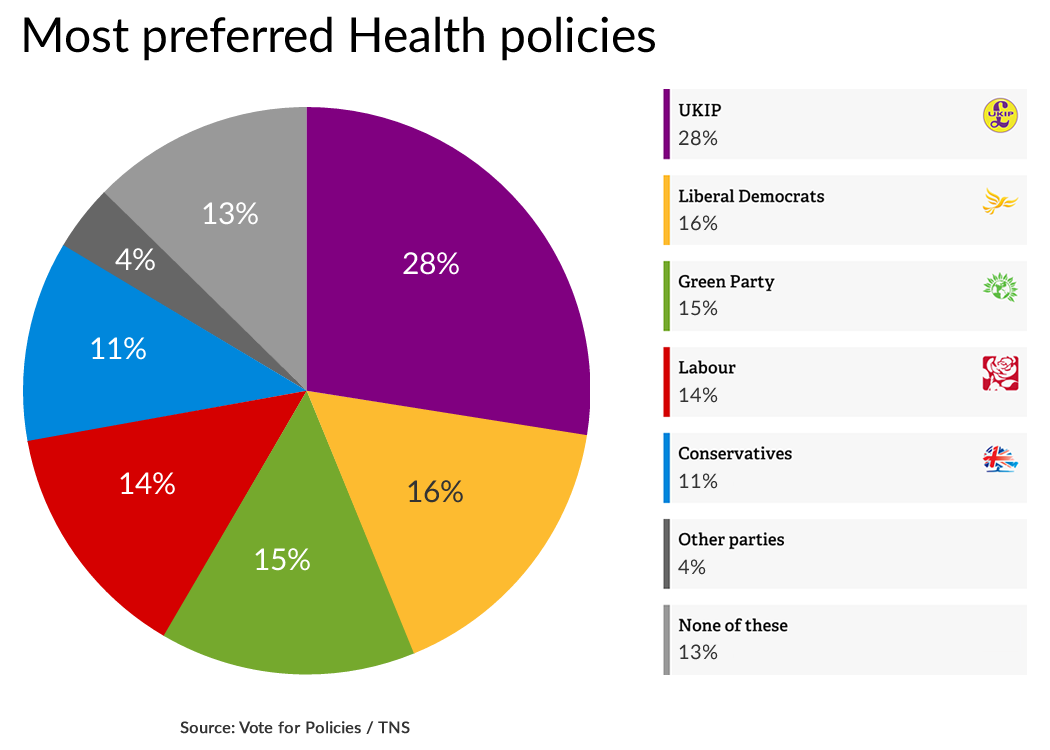 These results show some surprises compared with the data collected from the Vote for Policies 2015 survey since going live in late February. Although Liberal Democrat's policies also rank highest for Education among Vote for Policies users, the main difference from the national poll results is that UKIP's policies for Health and Education rank first and second respectively.

Just as interesting is that the poll shows this method has a significant impact on voting behaviour and intention.

TNS Omnibus interviewed a representative sample of 1,199 adults in Great Britain between the 21st and 23rd April 2015. Interviews were conducted as online self-completion and results have been weighted to make them representative of the general population.

Full data tables and details on the methodology can be found at: www.tns-bmrb.co.uk. For further information or to request an interview please contact us.